Ford Motor Co. Chairman Bill Ford joined the chorus of praise for the late U.S. Rep. John Dingell of Michigan after President Trump, at a rally Wednesday night, implied that the legendary lawmaker and war veteran had gone to hell.

Ford, the great grandson of company founder Henry Ford, said in a statement: "John Dingell was a close friend who selflessly dedicated his life to serving Michigan and our country. His career was simply legendary. Debbie now carries the baton and does so with elegance and the same focused determination that made John so special."

Likewise, the automaker issued this statement from Ford back in February, when Dingell, the longest-serving member of Congress in history, died at age 92. Note the last line: 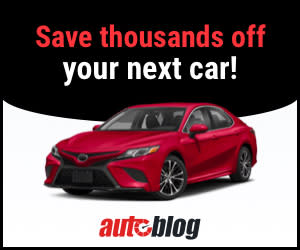 “For my 20 years as Chairman of Ford Motor Company, I considered John Dingell a friend and advisor. John was a larger-than-life legend whose presence will be deeply missed at Ford. Even on the most divisive issues at the most difficult of times, he was unwavering in his efforts to find common ground. He constantly reminded us as a company and as an industry that we either work together or we fail separately. John devoted his life to serving the people of Michigan, and his legacy continues today with his wife, Debbie. His passing is a reminder that we need more leaders who are willing to find compromise and bring people together for the greater good.”

Dingell was a fierce advocate for Michigan's auto industry.

The White House on Thursday defended Trump's verbal assault against the late congressman, as members of Congress from both parties blasted the president for insulting another veteran lawmaker after his death.

Dingell represented his district outside Detroit for 59 years in the House of Representatives. He entered office in the Eisenhower administration.

At a campaign rally in Dingell's home state on Wednesday night shortly after the U.S. House had passed two counts of impeachment against him, Trump suggested the late lawmaker was in hell by saying he was "looking up" rather than "looking down" on those still living.

Debbie Dingell, a former General Motors executive who won her husband's seat after he retired, lamented Trump's cutting remarks and urged him "to set politics aside," adding: "Your hurtful words just made my healing much harder."

But White House spokeswoman Stephanie Grisham on Thursday justified Trump's remarks by saying he "has been under attack."

"As we all know, the president is a counter puncher," Grisham told ABC News. "It was a very, very supportive and wild crowd, and he was just riffing on some of the things that had been happening the past few days."

Trump's remarks echoed his personal attacks on Republican U.S. Sen. John McCain, who died in 2018, and drew rebuke from Republicans and Democrats. Both McCain and Dingell, two war veterans, were critical of Trump.

Trump's attacks Wednesday night on the late Dingell — during the president's longest-ever campaign rally, at two hours and one minute — drew rebukes even from his staunchest allies.

"If he said that, he should apologize," said Republican Sen. Lindsey Graham of South Carolina.

Material from The Associated Press was used in this report.

Our goal is to create a safe and engaging place for users to connect over interests and passions. In order to improve our community experience, we are temporarily suspending article commenting