JDM cars are under further attack in New England. It’s been a couple of months since we reported on the Delica debacle in Maine, and now Rhode Island is taking a similar approach to imported Japanese cars.

Initially brought to light by the Revival Motoring podcast, and further laid out in a report by The Drive, Rhode Island is deregistering kei cars from the Japanese domestic market (JDM) that were previously legally imported and registered in the state. The cars in question are all vehicles that were imported under the federal 25-year rule that allows you to legally register and drive cars from countries outside of the U.S. so long as they’re at least 25 years old. Examples of cars being deregistered in Rhode Island include the Honda Acty, Daihatsu Mira TR-XX Avanzato, Daihatsu Hijet and the Suzuki Carry. Owners of these vehicles say they’ve received letters informing them that their car’s registrations were being suspended.

We received the same Rhode Island DMV memo as The Drive. It's as follows: 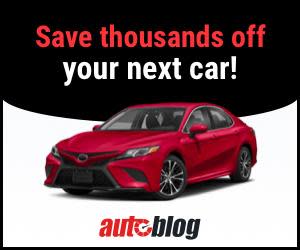 “Please be advised that the registration of Mini-Trucks, Microvans and Kei Cars is currently prohibited in the State of Rhode Island.

“Do not process registration transactions for these vehicle types. Refer the customer to the Enforcement Office or the Safety and Emission Control Office for further details.

“These vehicles were not designed to be operated on North American roadways. Allowing operation would introduce, into the conventional traffic mix, vehicles with questionable stability and crash protection that pose a known increased crash risk and potential hazard for the vehicle operator as well as other vehicles on the same roadways.

“Attached to this memo are some examples to help with recognizing these vehicles at the time of registration.”

The memo goes on to show examples of kei cars in photo form so that agents can identify those cars and not register them. It was sent by the DMV's Safety & Emission Control Chief, the Enforcement Chief and the Enforcement Deputy Chief.

Of course, you’re probably wondering why this is happening at this point. That’s a question we've been trying to answer for a couple of months now. And finally, after resorting to and making an Access to Public Records Act request to the state of Rhode Island, we have some answers.

The state's official case is made in a vehicle registration hearing for an individual who attempted to register a 1994 Honda V-HH4 minivan on March 21 this year. Within it, the Rhode Island DMV lays out its reasoning for why kei vehicles shouldn't be allowed.

There are two statutes cited here. The first is Rhode Island General Law 31-3-5, which states, “The division of motor vehicles shall refuse registration or any transfer of registration upon any of the following grounds … (2) That the vehicle is mechanically unfit or unsafe to be operated upon the highways.”

Next, we have RIGL 31-38-1. This states: “No person shall sell at retail, drive, or move on any highway any motor vehicle, trailer, semitrailer, or pole trailer or any combination of them unless the equipment is in good working order and adjustment as required in this title, and the vehicle is in such safe mechanical condition as not to endanger the driver or other occupant or any person upon the highway.”

The DMV is arguing that kei vehicles run afoul of those rules, and therefore should not be allowed on Rhode Island roads. But let's dig a little deeper into the reasoning here. In the "Facts of the case" section, the DMV lays out that the 1995 Honda V-HH4 has a top speed of approximately 80 mph. It also points out that the vehicle does not meet federal safety standards, "and given the model's smaller design and engine, it may be hazardous to operate on some RI roadways."

At the same time, the state does recognize that due to the vehicle's age, it is exempt from EPA emissions standards and Federal Motor Vehicle Safety Standards. However, Rhode Island follows that by arguing that it should instead be working off the recommendation of best practices put forth by the American Association of Motor Vehicle Administrators (AAMVA). For those unfamiliar, the AAMVA is a non-governmental educational association that aims to help law enforcement develop programs and models for safe roads. They're not part of government, but they do make suggestions to the government, like their "Best Practice Regarding Registration and Titling of Mini-Trucks" document.

In this "best practices" document, the AAMVA lays out a strongly worded case for why mini-trucks should not be allowed on U.S. roads. It cites safety as the main reason, calling mini-trucks "another nation's cast-offs" and suggests that jurisdictions not allow nor register mini-trucks for use here. The only exception would be for mini-trucks that carry traditional FMVSS and CMVSS (U.S. and Canadian safety standards) certification labels. Of course, none of these JDM vehicles carry those labels.

We'll take this opportunity to point out that the state's argument here against kei cars can apply to untold numbers of classic cars. Plus, if Rhode Island is so concerned for safety, riding a motorcycle or open-air three-wheeler is certainly far more dangerous than an enclosed kei car. It's a slippery slope.

The owner of the Honda van contended that the vehicle's age legally allows it to be exempt from EPA and safety standards — that is factually correct. Meanwhile, the state argues that "operation of such a vehicle on the roadways represent a hazard to the occupants and the traveling public and registration of such a vehicle should not be allowed."

There's further back and forth between the van owner and the state. The owner says the state has no rules/regulations, interpretive rule or statement of policy regarding mini-trucks, and the AAMVA's designation as a non-governmental organization means that its "best practices" cannot justly be considered in this case. The state then counters by saying that "it is up to the states under their police power to determine how operation/registration of such vehicles should or should not be registered in furtherence of the health, safety and welfare of their citizens." In other words: We can do what we want.

So this Honda V-HH4 was not allowed to be registered in Rhode Island. Even though the state has no rules or regulations explicitly disallowing kei car registration, it's using those original two rules (R.I.G.L 31-3-5 and R.I.G.L. 31-38-1) as justification to block JDM cars on the grounds of public safety. Owners have some recourse with the ability to appeal the decision to a district court, but it's unsure how that might end.

We'll take this opportunity to point out that the state's argument here against kei cars can apply to untold numbers of classic cars. There are so many old cars registered on the road today that wouldn't even come close to passing safety and emissions regulations. Plus, if the state of Rhode Island is so concerned for the safety of its motorists, riding a motorcycle or open-air three-wheeler is certainly far more dangerous than an enclosed kei car. Going by Rhode Island's reasoning creates a slippery slope of cars that should also be taken off the road. While we doubt the state will start to force out classic muscle cars and early automobiles such as the Ford Model T and many others, the case against them is no different than the case against imported JDM vehicles. So why is the state picking and choosing? These kei cars brought in under the 25-year-rule are simply another form of classic car — folks are generally not importing Honda Actys to daily drive them.

Do watch out for this kind of activity, just in case it continues to spread around the rest of New England. You can give us a tip right here if you notice your DMV is taking a similar tack.

Our goal is to create a safe and engaging place for users to connect over interests and passions. In order to improve our community experience, we are temporarily suspending article commenting